For those that don’t know, BritSpin is a 4-day spinning event where teams of 10 spinners compete in a spinning marathon and some optional additional events. The event raises money for charity and this year’s charity was the RNLI (chosen by last year’s winning team).

This was my 3rd year, but the first year our Guild took part. Our team of 10 was myself (first time Captain), Mary Paren (Deputy), Jane Kitchener, Bryony Silcott, Denise Carroll, Aileen Wilby, Caroline Mayson, Norah Shann, Serena Mason and Michelle Stirling. A total of 12 teams took part and our nearest competitors were a team in Dumfries. Our team sponsor was Doulton Border Leicester Yarns and we received over 1kg of lovely Border Leicester tops to divide amongst the team and spin. Some of the team dyed their fibre before the event.

In the ‘Team Marathon’ we came 6th, spinning 21,880 BritSpin Metres (13.6 miles!). A fantastic result for our first year. But the event encourages you to not just spin a lot over the 4 days, but also you can take part in some optional additional events. These events help boost your points towards the overall result:
‘Bingo Card’ – 17 tasks such as Spin Outdoors, Spin Blindfolded, Spin using a DIY tool! 7 of the team achieved a full house on their Bingo card and there was a lot of laughter discussing our attempts at some of the tasks and me trying to capture a screenshot of Denise whilst she was spinning blind folded in gloves via Zoom!
‘Learn a new skill’ – between 6 of us we earned 11 new skill badges. These included spinning gradients, fractals, making and spinning punis and Norah learned how to use her Dealgan spindle.
‘Breedathon’ – spin at least 50g of as many different breeds of sheep. We hadn’t really co-ordinated ourselves so much on this event, but despite that we managed to spin 10 different breeds and came 7th. (The winning team spun 73 breeds!!!).
‘Photo Competition’ – this year’s theme was ‘Joy of BritSpin’. Uploaded images were ‘voted on’ by others liking the image. The image with the most likes by the event deadline won. I am thrilled to say that it was one of Mary Paren’s images that won this competition. A photo of her showing Leia what she does with her fleece (whilst also ticking off the Bingo tasks of spin outdoors and spin wearing gloves!) One of Norah’s images almost achieved 3rd place, another photo showing joy and ticking off the spin outdoors and spin in PJs Bingo boxes. All the images our team submitted were great though.
‘BritSpin Sprint’ – spin, ply and measure as long a length as you can within 1 hour. Only two of us entered this event and my own attempt was without doubt the worst spinning I have ever produced.

We came in 5th place. This was an outstanding result for our first year entering a team and far exceeded my expectations. A big thank you to all the ladies who took part in the event and I hope that next year we may have enough interest to enter more than one team. The feedback from the team was positive and Bryony said her spinning over the event improved significantly. 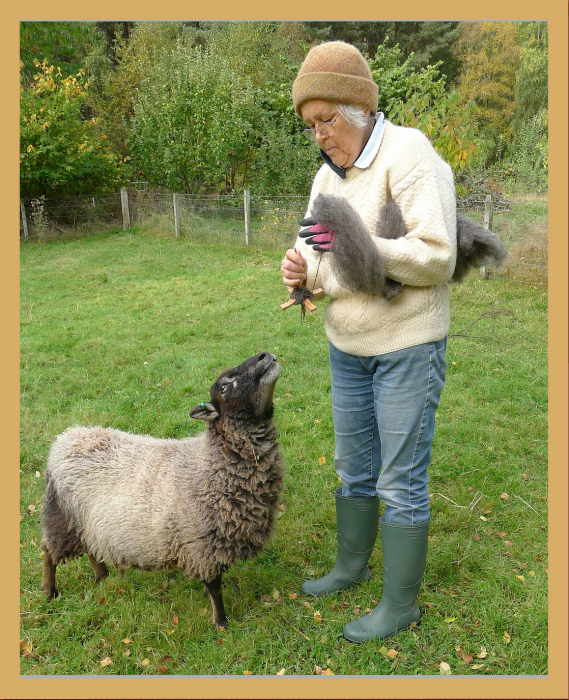 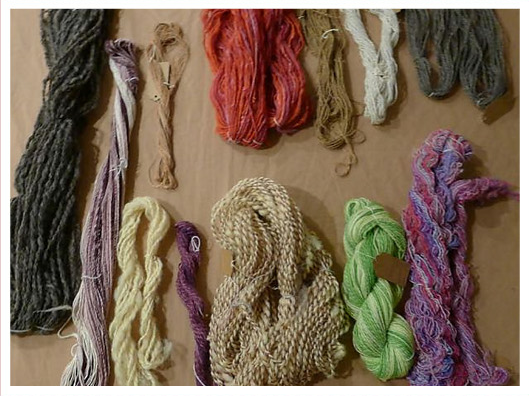 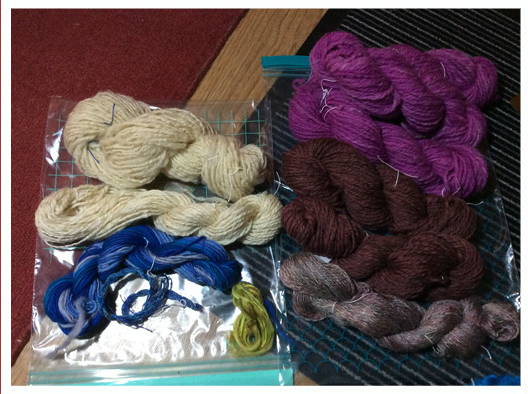 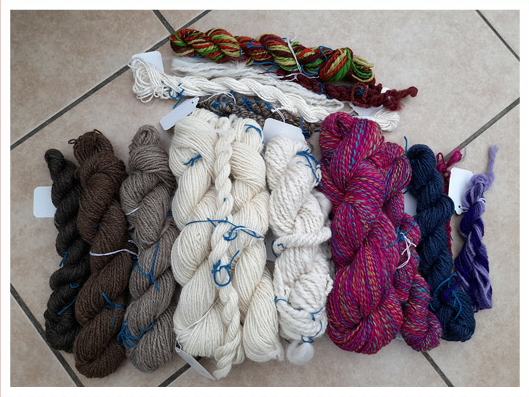 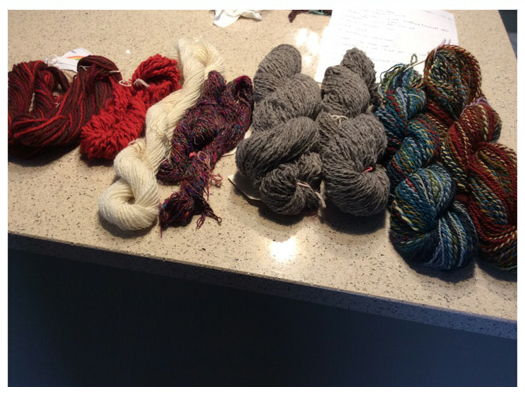 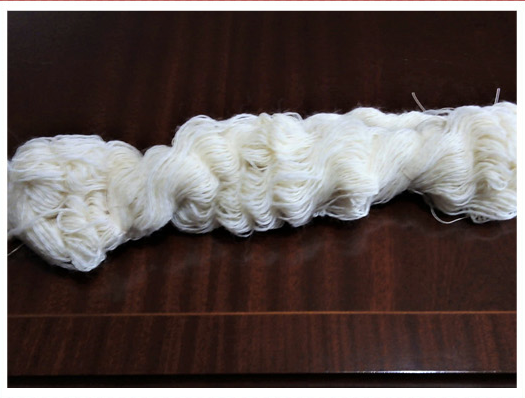 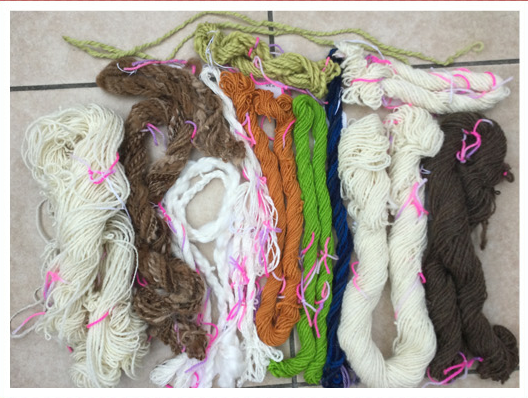 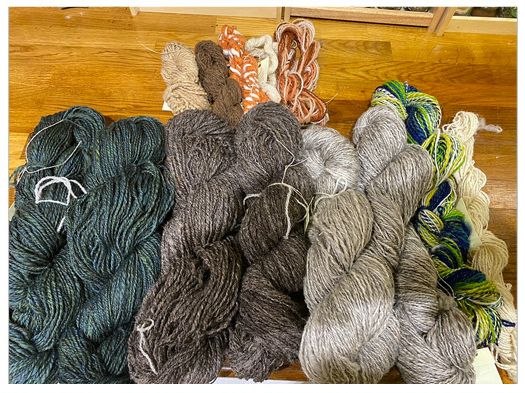 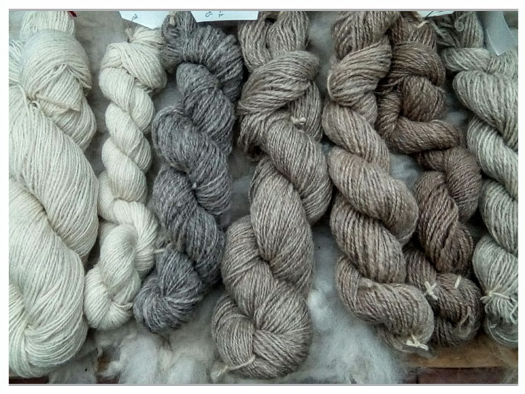 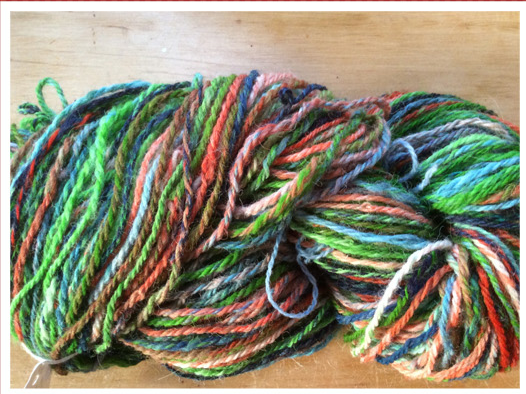 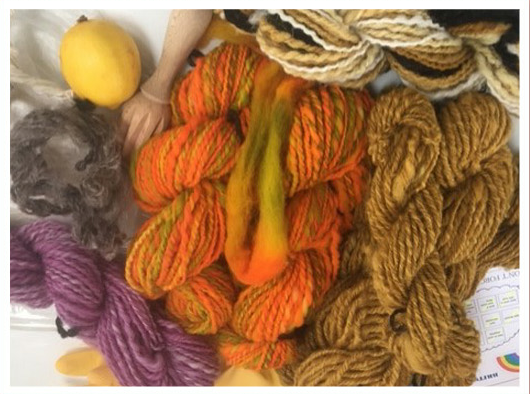