Another excellent workshop tutored by Kathryn Kusa. Eleven Guild members took part, and there was a lot of bustle early on as everyone arrived and started to set up their looms – quite a variety of these, including 2 rigid heddle looms. We had warping instructions beforehand. Krokbragd uses just uses 3 shafts and is threaded 1, 2, 3, 2. It is a weft faced technique, so the warp, made of strong cotton, does not show. Kathryn began by showing us the lifting sequence on the 4-shaft loom: 12, 23, 13, then how the patterns are produced. She then demonstrated the set up for the rigid heddle, which we were all interested to see. The loom is warped in the usual way, with threads alternately through slots and holes, then supplementary heddles (Kathryn had used inkle loom heddles, which she said were just the right length) are attached to the threads in the slots. These are slipped alternately onto two dowels so that half are on each. The sheds are formed as follows: 1. rigid heddle in the up position, first lot of supplementary heddles raised; 2. rigid heddle still in the up position, second lot of supplementary heddles raised; 3. rigid heddle in the down position. Kathryn then handed us instruction sheets, with patterns to try. As ever the results were amazingly varied, with differences in colour and scale producing very different results from the same pattern suggestions. Later in the day Kathryn showed us how to draw out pattern ideas and convert them to weaving instructions. A brilliant day, just fitted in before the self isolation instructions from the government. 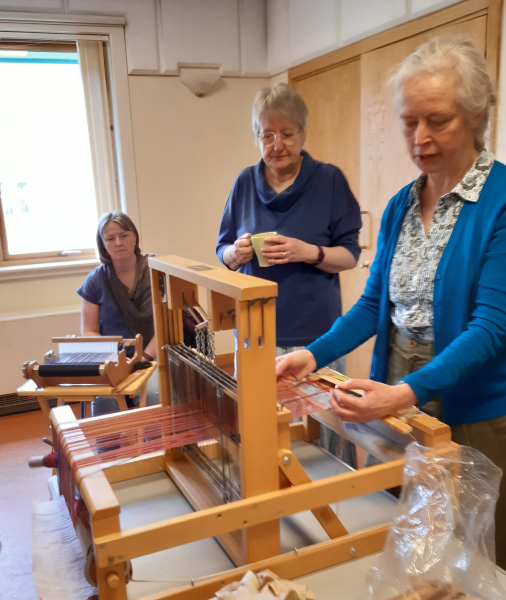 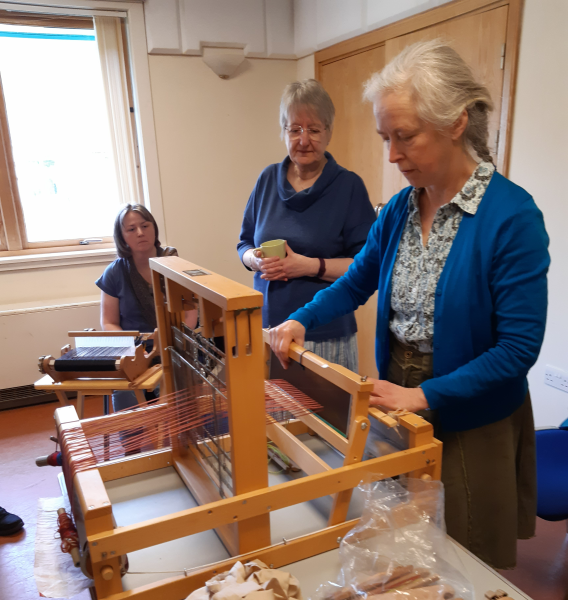 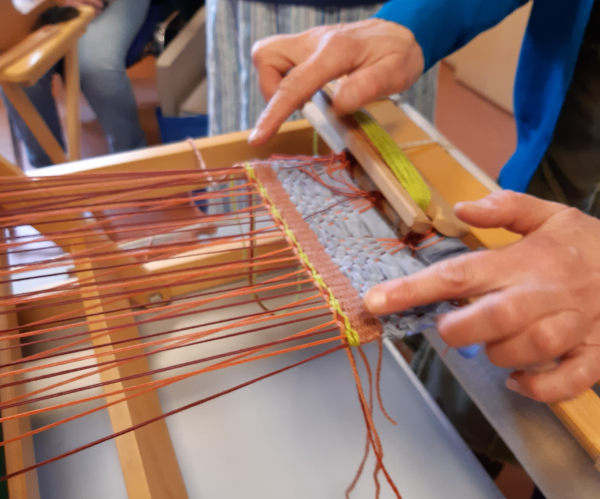 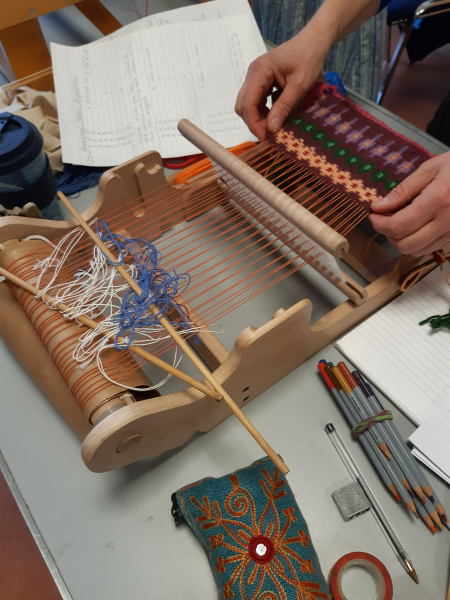 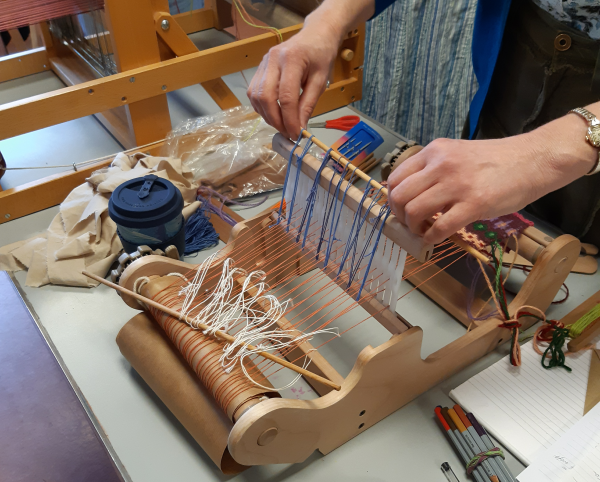 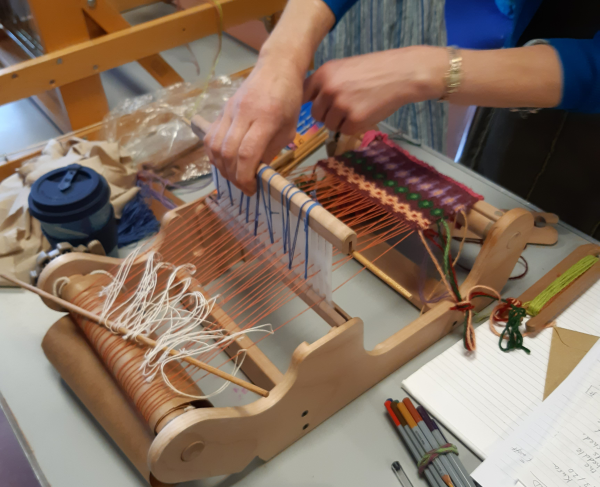 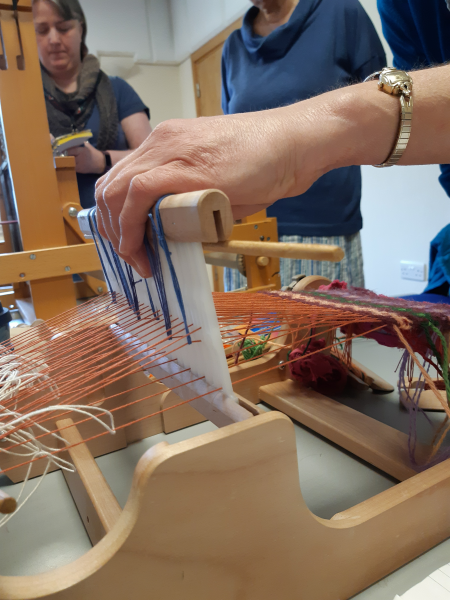 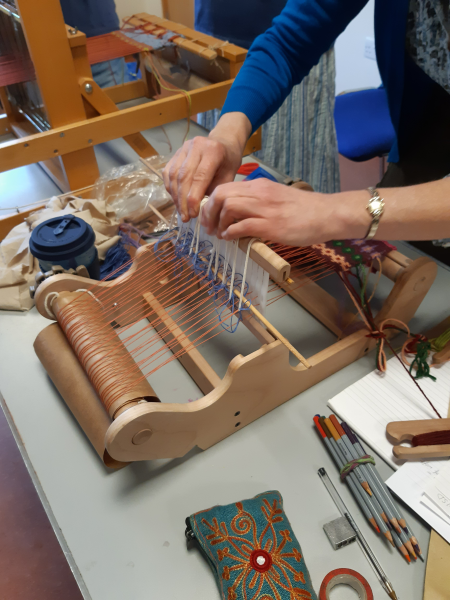 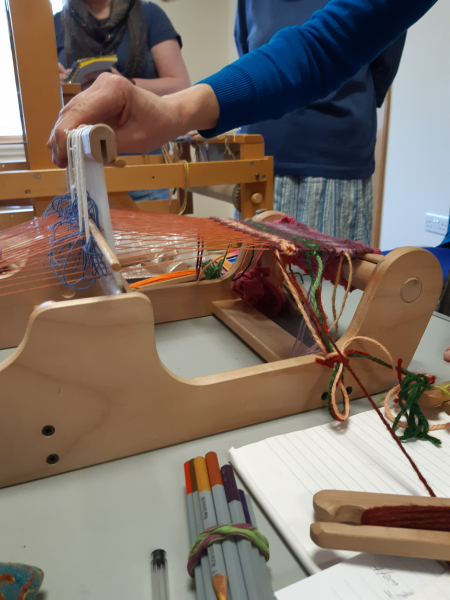 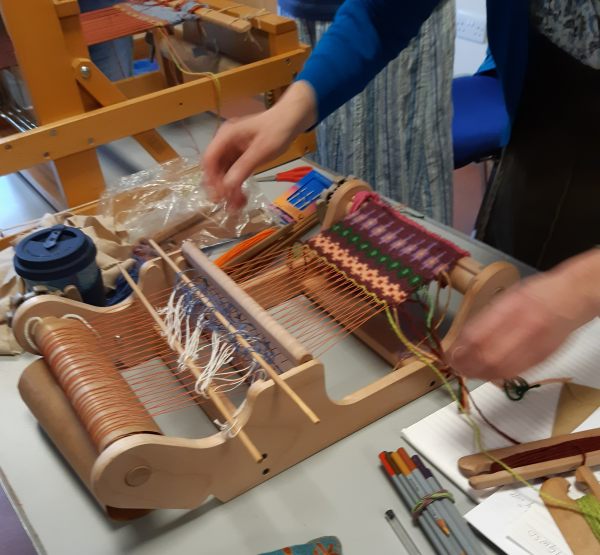 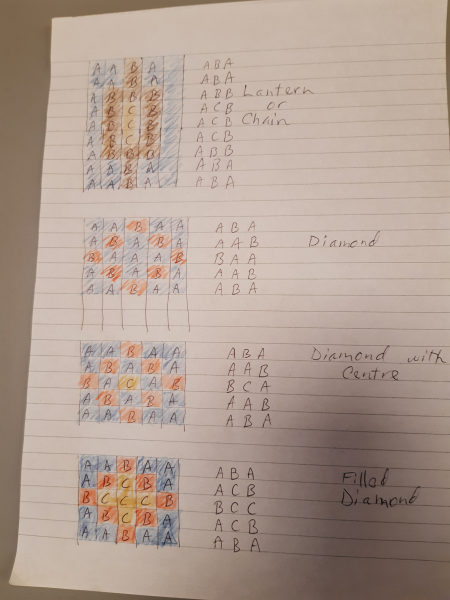 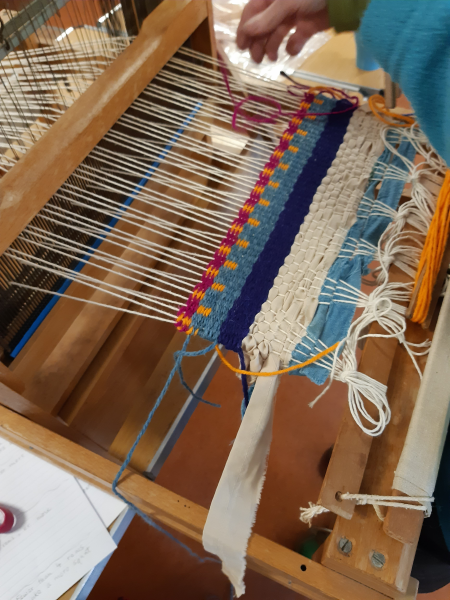 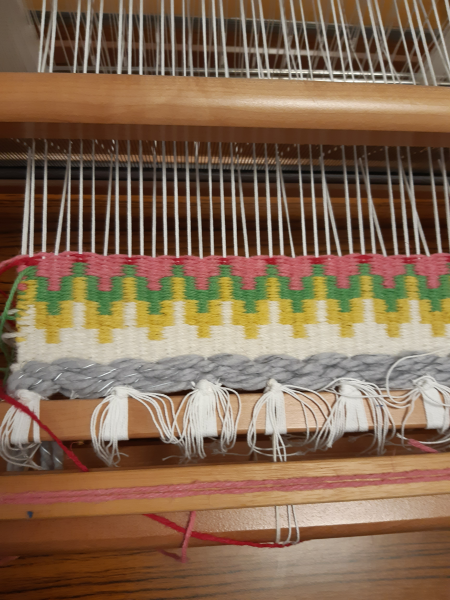 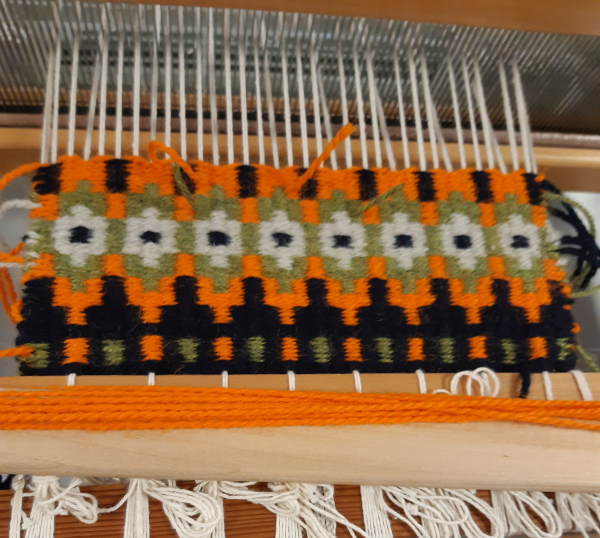 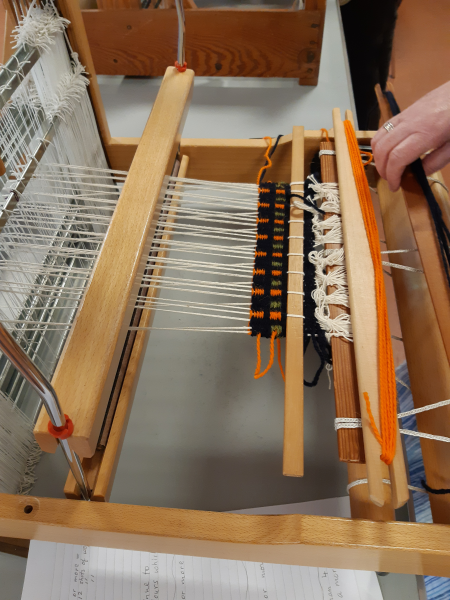 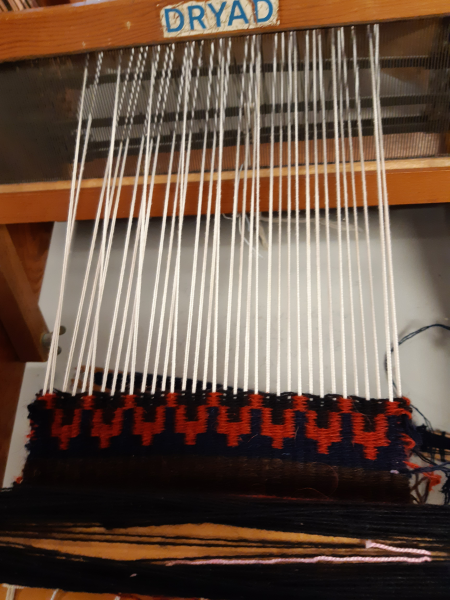 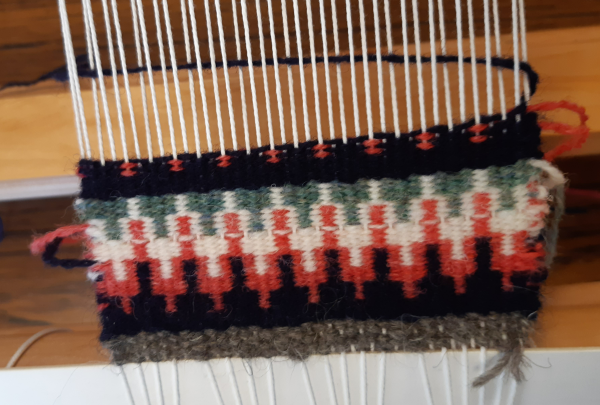 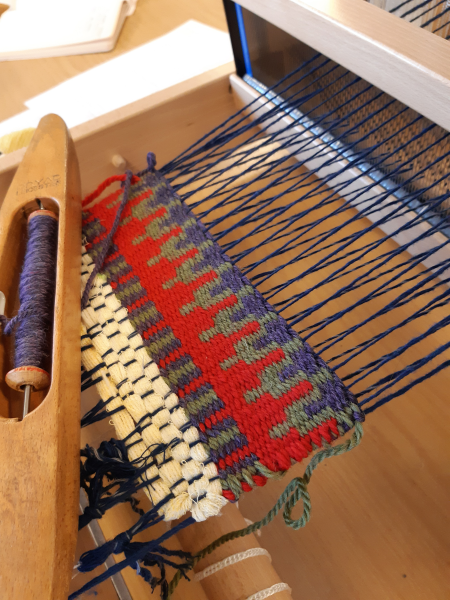 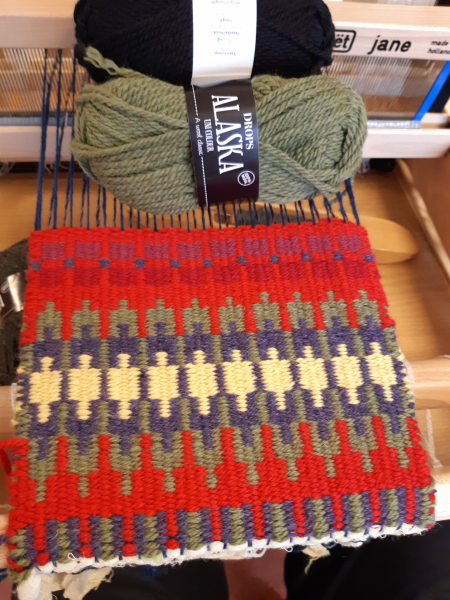 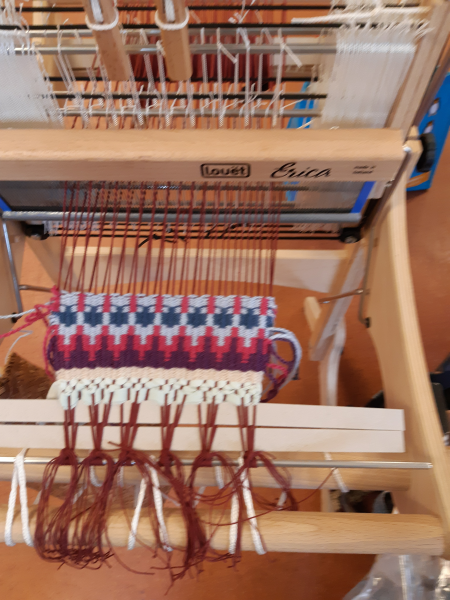 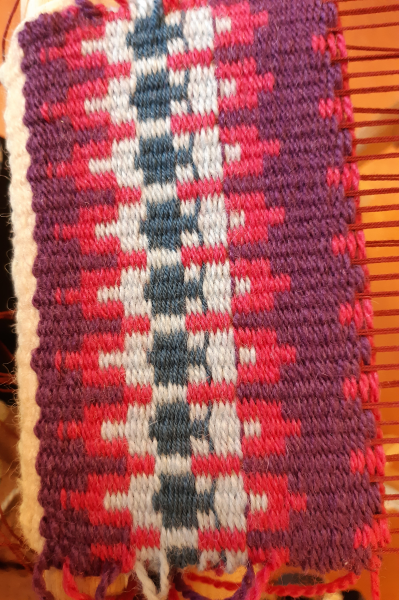 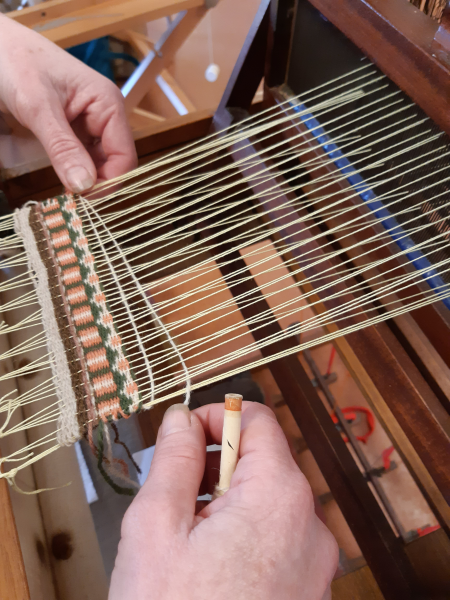 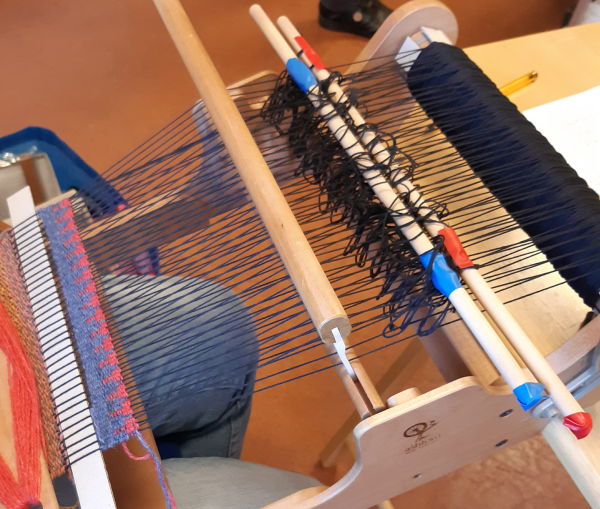 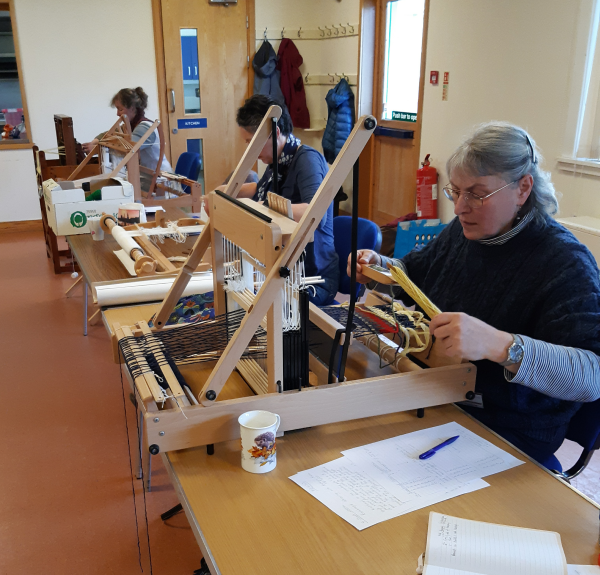 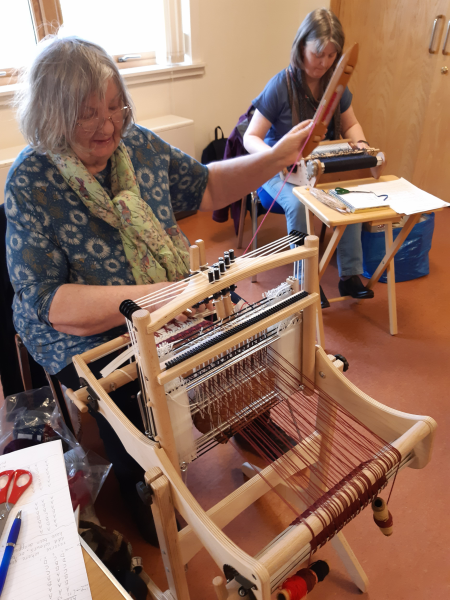 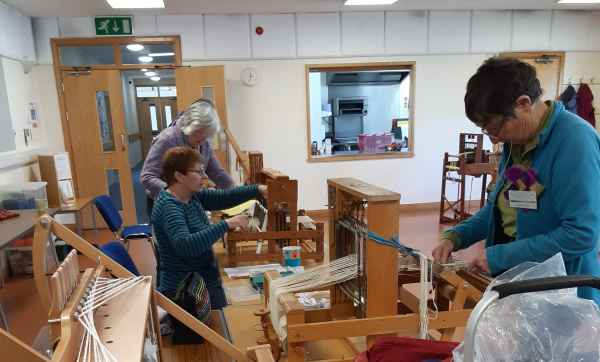 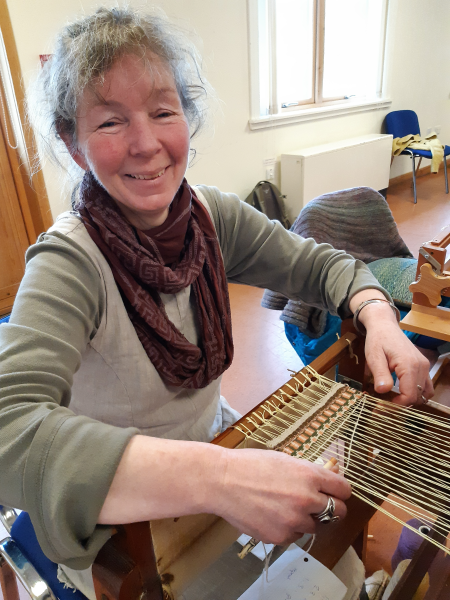 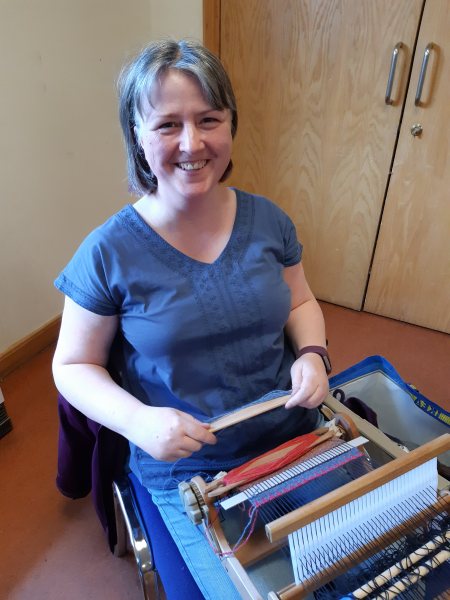