This year the Marketplace was only open on Friday and Saturday. We were able to set up our display on Thursday afternoon and were there to demonstrate on both days. We had a good spot – further from the stage than last year. I was initially concerned that we didn’t have a wall behind us, but in fact it worked very well. We had a lot of space all round, so were able to have a double sided display. This was quite impressive, thanks to the generosity of members in loaning their handwork; and though there were 8 or 9 of us demonstrating there was no sense of crowding. Friday was quite quiet in the Marketplace, but we still attracted interest, including a young woman who came to learn to use the drop spindle she’d just bought, and a small girl I saw solemnly weaving on Henriette’s 8-shaft loom. Saturday was busier, we had a number of people having a go at spinning and weaving, there was a lot of interest in Michelle’s book of stitched artwork, and Sadie’s tapestry weaving also attracted a lot of interest. Some pictures below – I’ve included one of the knitted Inverness Town House – nothing to do with us, but fun! 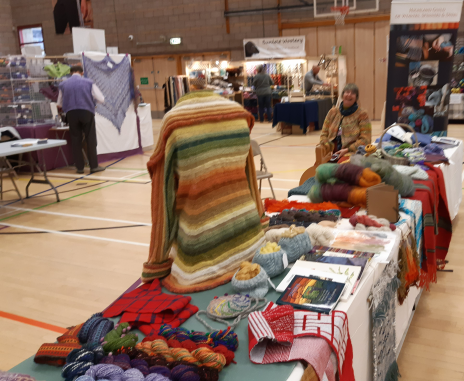 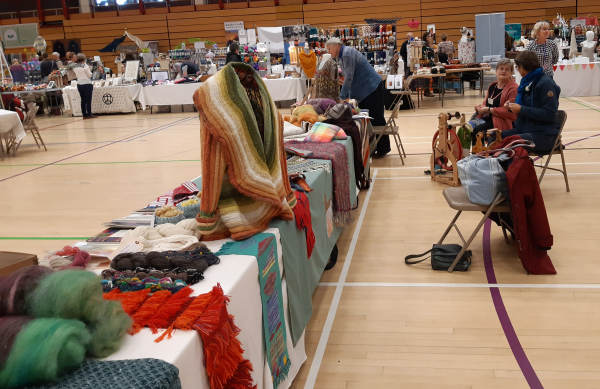 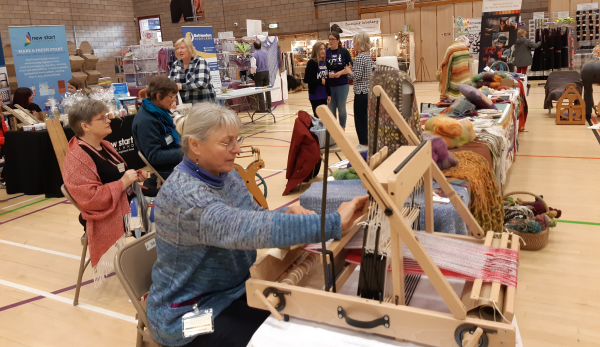 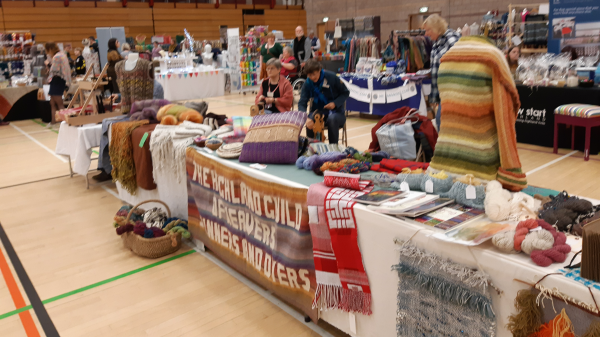 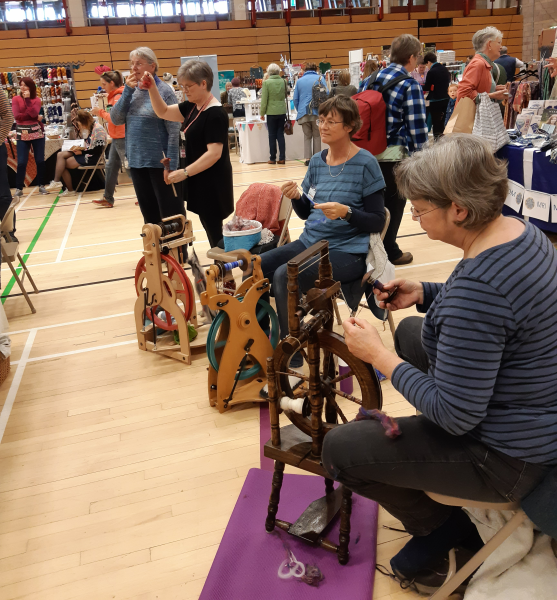 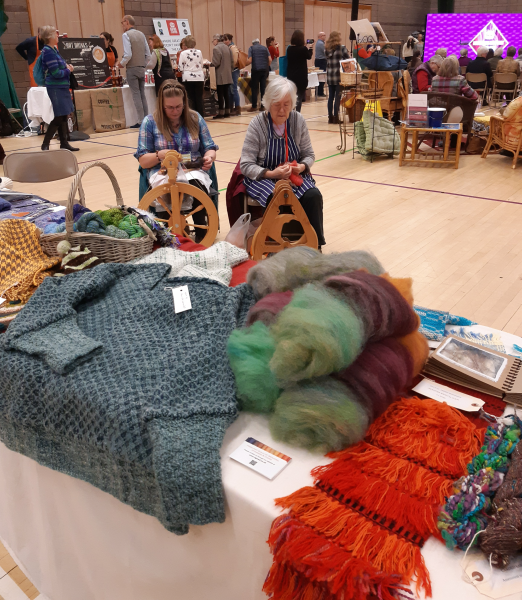 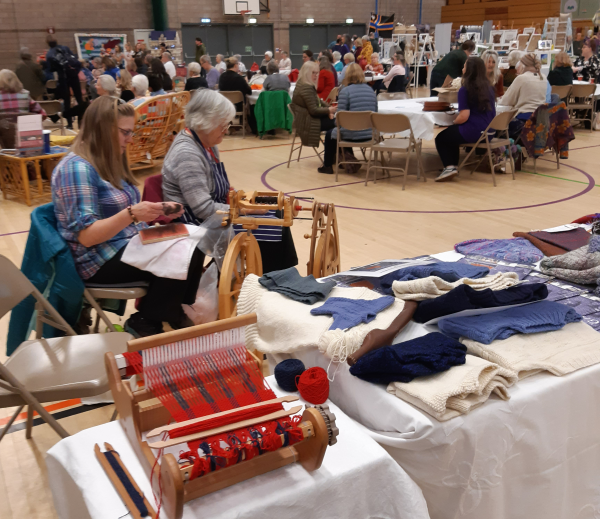 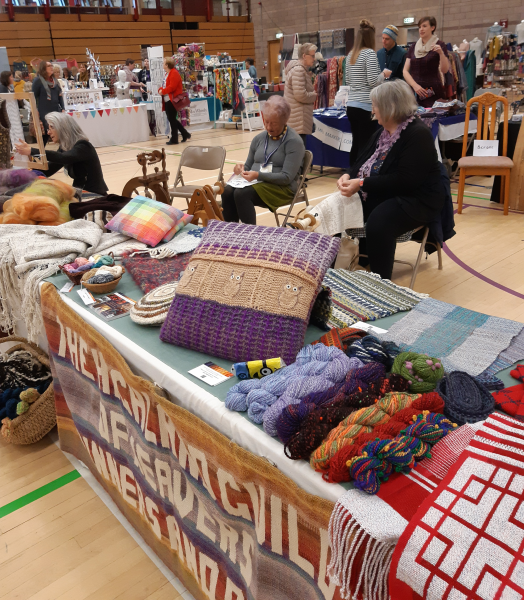 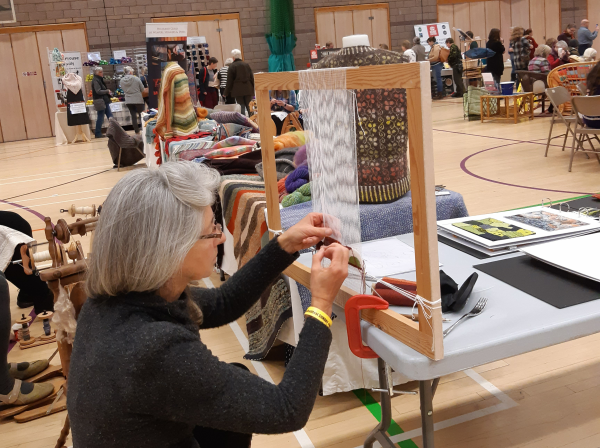 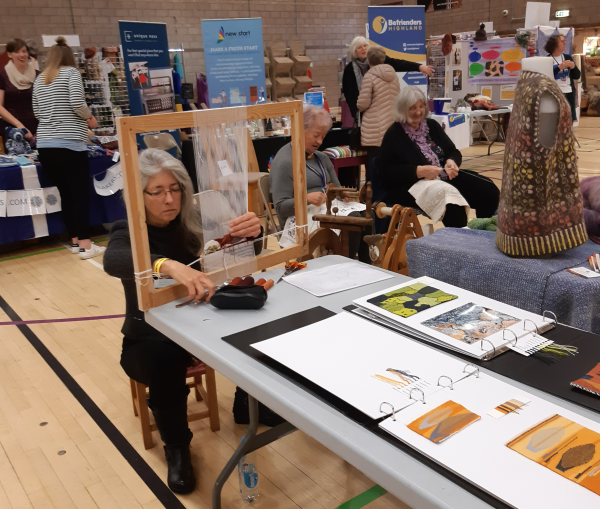 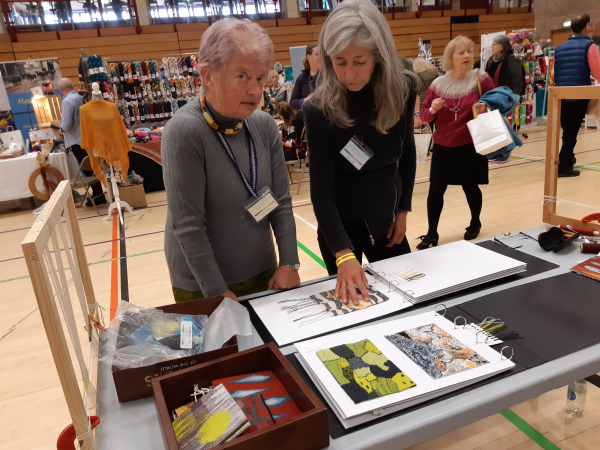 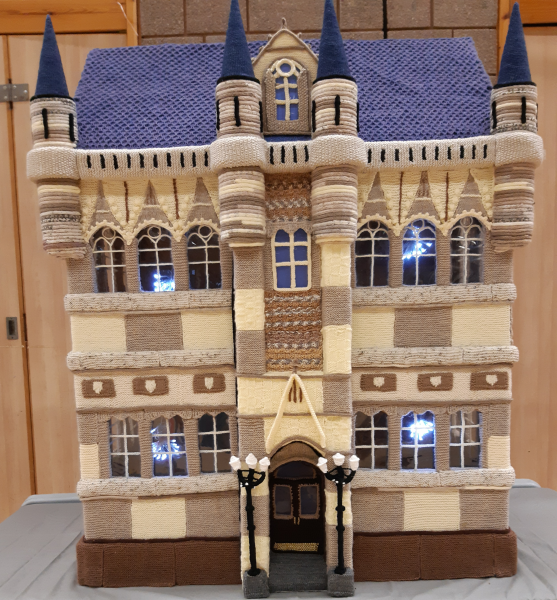