Tania Jane “The Button Lady” of T J Frog tutored our November workshop. We had the opportunity to buy a kit from her beforehand which had all the materials needed to make 2 decorations which could be hung on a Christmas tree. I almost didn’t buy one as I thought I could probably assemble enough bits and pieces, but I was glad I did. It was nice to have everything to hand, and meant I could focus on the process without having to worry about having appropriate materials. We had a choice of three colourways – I chose blue and white.

Tania started off by saying there are four basic techniques to making Dorset Buttons, and that these can be used at any scale:
1. Casting
2. Slicking
3. Laying threads and beads
4. Rounding
She worked through each stage with us, showing us what to do, and with great patience undoing and re-doing till we got it! She also talked about the history of Dorset button making while we completed each stage.

Casting, the first stage, is covering the ring, which forms the basis of the button, with blanket stitch. A rule of thumb for calculating the amount of yarn needed for this is to convert centimetres to metres (e.g. a 3cm diameter ring needs approximately 3m yarn). The blanket stitching needs to be evenly tensioned and close together. Once the ring is covered the blanket stitch is rotated so that to ridge is turned to the back (slicking). The yarn is not cut – it is needed for the next stage.

Tania then made laying the threads and beads look easy as she worked round the ring as if it were a clock face, neatly distributing two beads at each side as she went! We were slower and needed some repetition! The point where the yarn finished after casting is 12 o’clock. The first wrap goes from 12 down the back to 6 and back again, with two beads left at the front by 6 and two by 12. The wraps then go 7-1, 8-2, 9-3, 10-4, 11-5, leaving two beads at the front by each number on the imaginary clock face. The needle is then taken up the back and in between 11 and 12 and across and down between 5 and 6, then up between 2 and 3 and across and down between 8 and 9. This makes a cross which holds the spokes in place, and is secured by taking the needle through the threads at the back. The cross might need a bit of a tug to centre it properly. The spokes can be manipulated into a better configuration too if they are not evenly spaced. 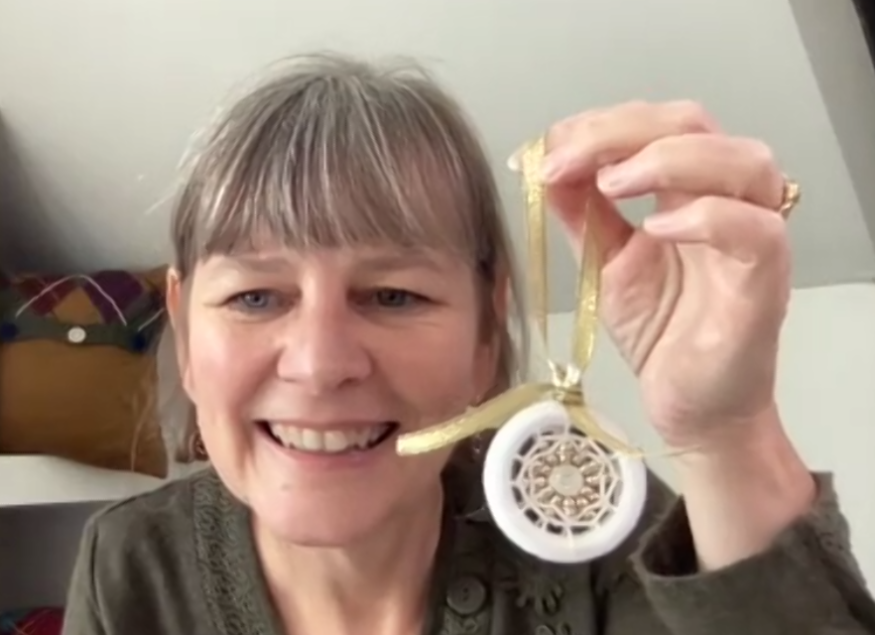 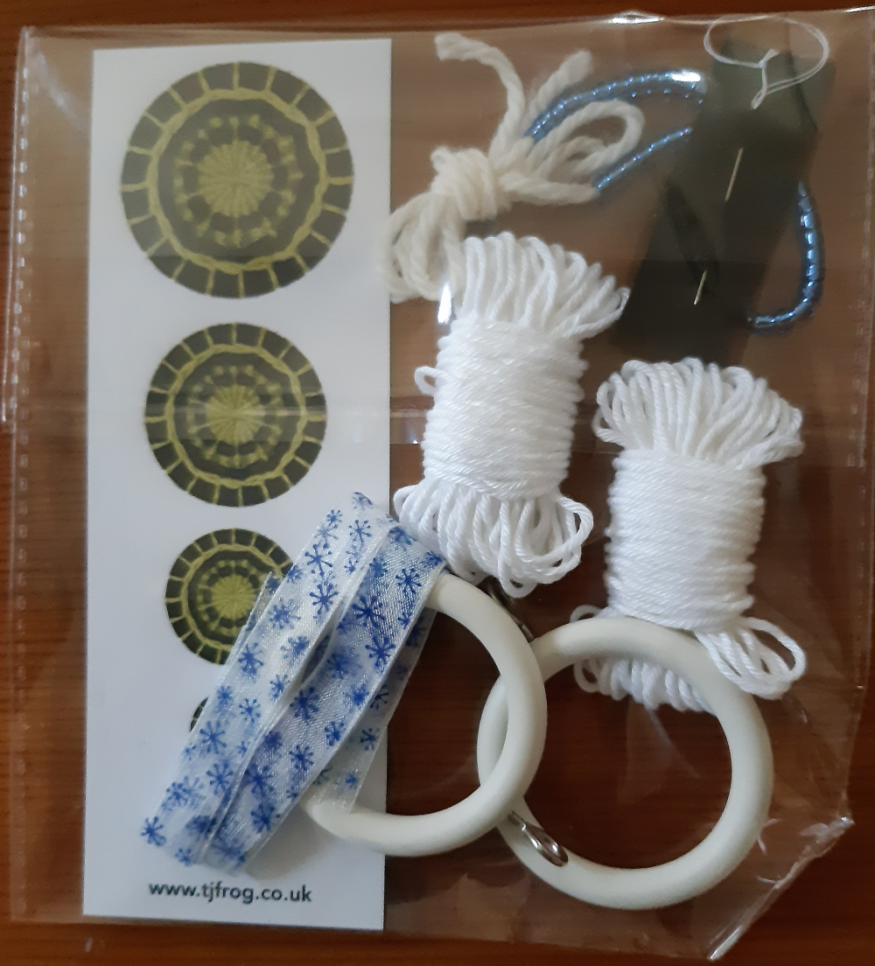 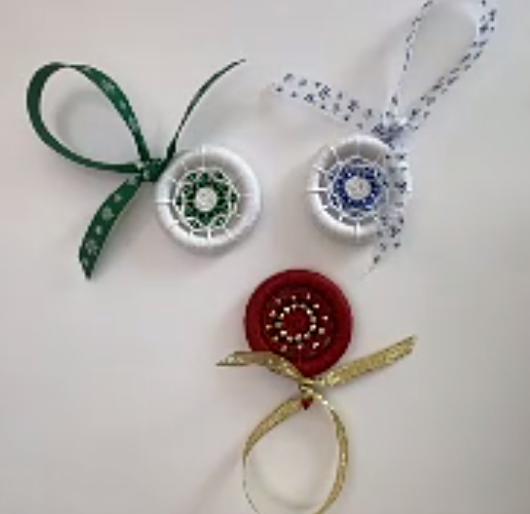 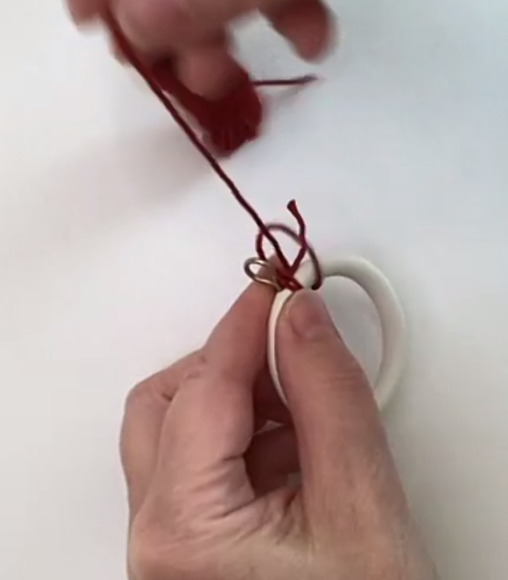 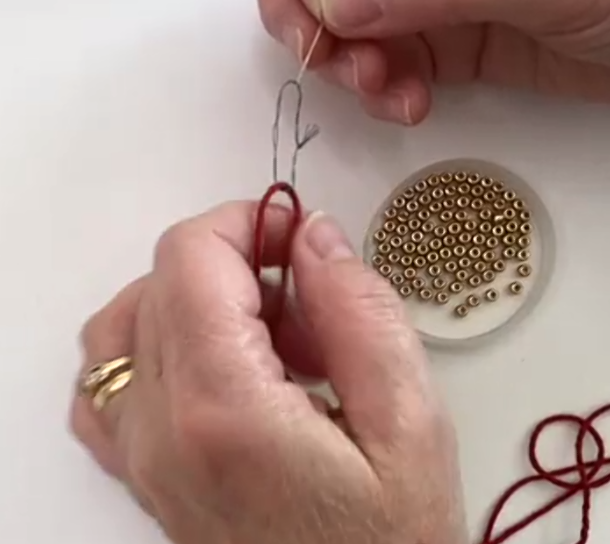 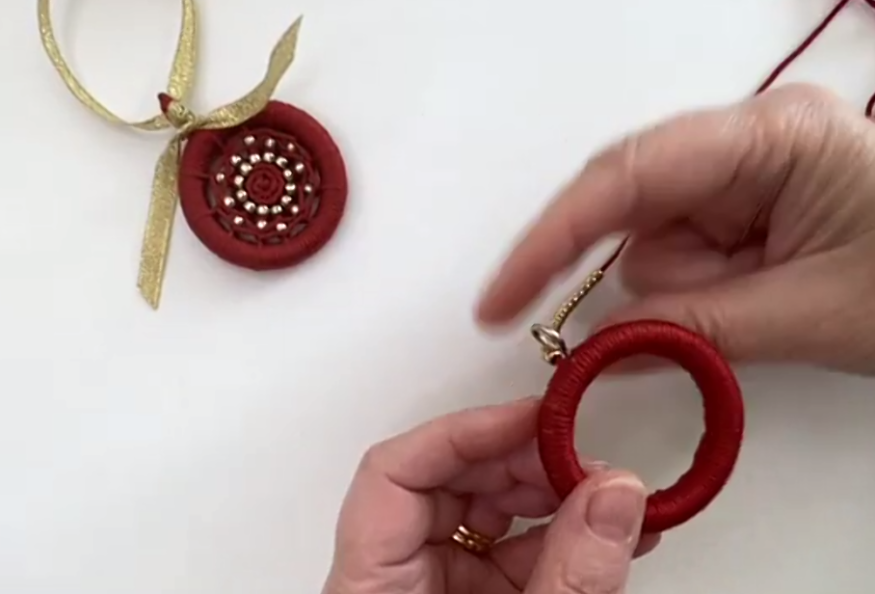 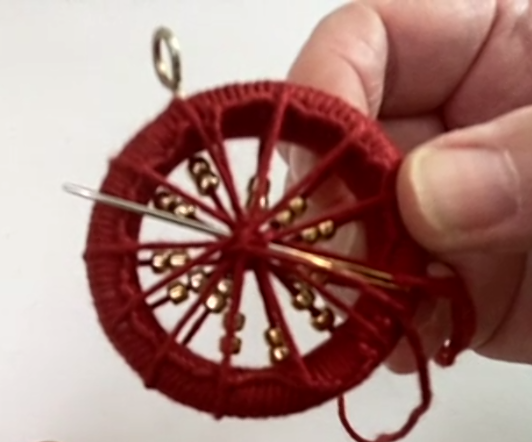 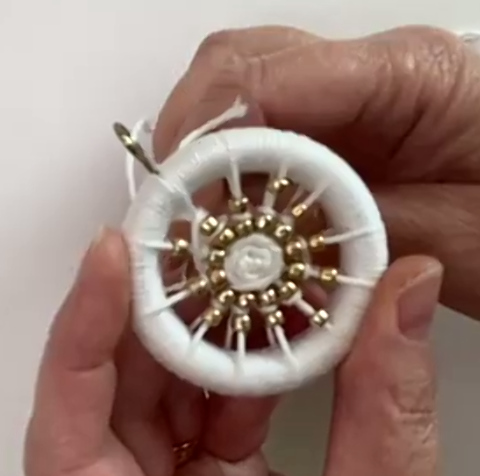 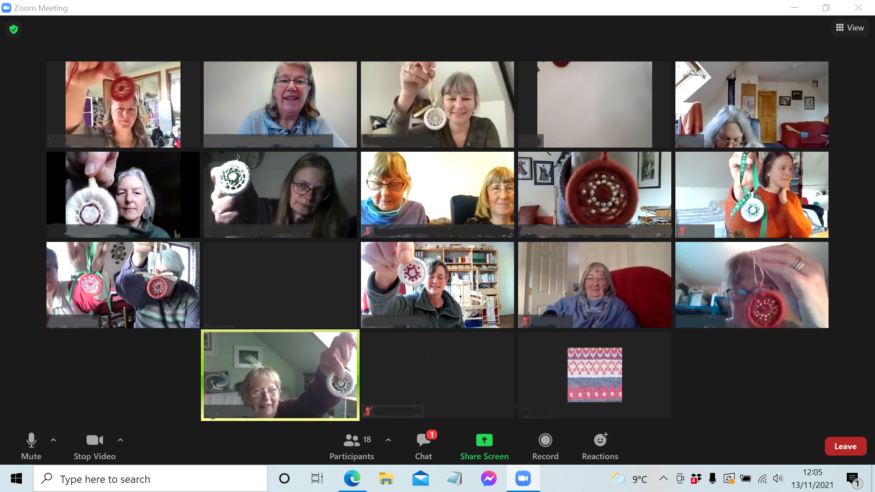